A PERSONAL NOTE REGARDING THE VIRGIN GALACTIC INCIDENT

Episode Eight of “Terminal Reset” was nearly complete when I learned of the incident that resulted in the death of Scaled Composites’ pilot, Michael Alsbury, injuries to pilot Peter Siebold and the loss of SpaceShipTwo, the VSS ENTERPRISE.

Needless to say, I am saddened and shocked at the loss of life and setbacks to one of the bolder and most ambitious undertakings in recent history – the privatization of manned space flight.

The fictionalized events depicted in Episode Eight unintentionally held a mirror up to an unfortunate and tragic reality of just how dangerous this endeavor can be.

In 1986, I was working in aerospace when the Challenger disaster occurred, and remember standing in my back yard in Florida,  staring at the odd rocket exhaust formation, and wondering what had happened.

I was outside, and not near the television, so it was a few moments until I realized what I was seeing.

Later that day, at my place of employment, we all sat around watching the disaster unfold, over and over, on the news channels.

That tragedy led directly to NASA putting much stricter measures in place to protect astronauts’ lives.

In retrospect, it seemed obvious.

“Why did it take a disaster of this scale to ‘get it’ about how dangerous this is?” was a question being asked from the drawing room to the Oval Office.

Many years ago, in the original Star Trek series episode “Return to Tomorrow“, Captain James T. Kirk outlines to the crew of a mythical starship, (also christened ENTERPRISE), the importance of accepting that risk.

You can view this inspiring speech here.

It was written by John T. Dugan, under the pen-name “John Kingsbridge”, and is probably the best and most succinct reason anyone involved in space exploration can give as to “Why?”

That speech has always stayed with me, and is one of the reasons I ended up where I am.

The facts are the same now as they were then — when you have complicated machines, thousands of people involved in constructing and launching the most advanced mechanisms mankind has ever created, and the inevitable constraints of cost and time, you are going to have to assume some measure of risk.

I have worked on some interesting things in my aerospace career, from the SR-71 spyplane engines, to the F-14, F-15 and F-16, YF-22 fighter and B-52 and FB-111 bomber aircraft engines, to rocketry that was used to launch the satellites that make it possible for us to communicate on a global internet, to turbopumps that made it onto the Space Shuttle Transport.

And yet, accidents happen. Columbia was destroyed four years after I had moved on into another phase of my life, and I remember being in Colorado, watching the television, again incredulous that this was happening at that very moment.

Planes crash, satellite are destroyed when their launch vehicles explode in flight, and untold amounts of time and money are lost. There is a tendency to stare with disbelief at these events, but that never makes them less real.

The simple truth is that this is deadly serious business. It is attempted by men and women of vision, tenacity, bravery, a relentless need to explore and innovate. It crosses all cultural and racial boundaries, and lifts the entirety of the human race to horizons only dreamed about for millennia.

Science fiction authors are a special subset of this human element, in my humble opinion. We come from a variety of backgrounds, experiences, and worldviews. But, we all have one thing in common – the need to tell other people WHY.

The many people involved in the production of the “Terminal Reset” world would like to dedicate the entire first Volume of the series to Michael Tyner Alsbury and Peter Siebold.

These men exemplify the spirit of adventure, sacrifice, and seeking of knowledge that those of us who have participated in extending our reach into space know cannot be quantified simply.

Since the inception of the space programs of the countries of the world, many brave men and women have given everything they can to assure that we may, as a human race, bond over the richness and vast adventures of travel beyond our world.

They have given us this knowledge at the cost of their own lives – and I am including technicians, scientists and others in addition to their more celebrated comrades – the astronauts.

“We have always known that commercial space travel is an incredibly hard project”, to quote Sir Richard.

But, it is necessary to continue to push out our boundaries.

It is important for us to learn how to mitigate these risks, and to continue expanding outward.

Our future depends on it. 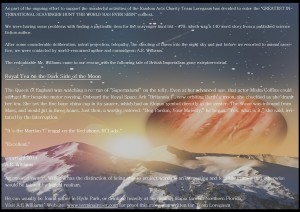 GREATEST INTERNATIONAL SCAVENGER HUNT THE WORLD HAS EVER SEEN. 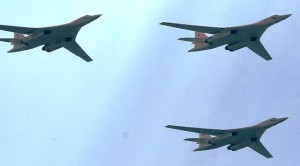 Once again, “Terminal Reset” is ON THE NOSE!

“The 2014 Compliance Report of the treaty includes a determination that the Russian Federation is in violation of its INF Treaty obligations not to possess, produce, or flight-test a ground-launched cruise missile with a range capability of 500 to 5,500 kilometers (310 to 3,417 miles), or to possess or produce launchers of such missiles,” a White House official said, adding that they “have kept the Congress and our allies informed of this matter.”

The violation was for cruise missile tests that date back to 2008, prompting an administration review as to whether the tests are in violation of the 1987 treaty between the United States and Russia banning medium range missiles.

“This is a very serious matter which we have attempted to address with Russia for some time now,” said a senior State Department official.

Someone must have a pretty good network, eh? 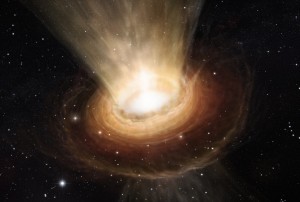 Yet another reason Terminal Reset is the BEST hard science fiction novel ever!!! 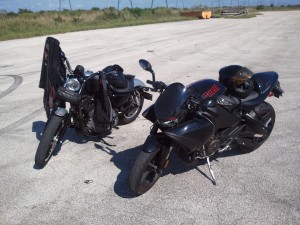 Daniel Anderson has a black one of these…so do I. 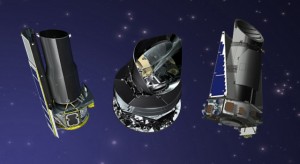 That’s interesting…Kepler Spacecraft is back online… 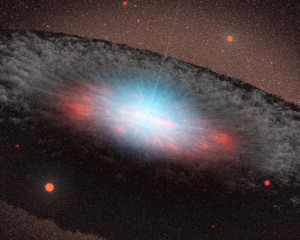 Is The Wave coming for real? 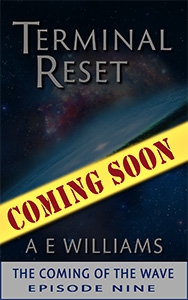 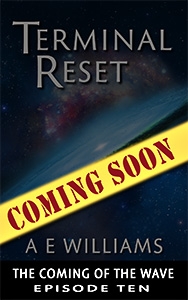