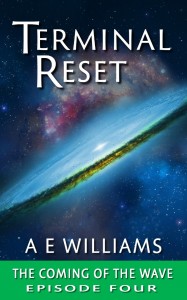 For our DEDICATED READERS! A special THANK YOU!

We are happy to provide you with a BONUS,   excerpted from:

“It is a very sad thing that nowadays there is so little useless information. “ — Oscar Wilde

“Why is it drug addicts and computer aficionados are both called users?” – Clifford Stoll

“One would think that if you’re anonymous, you’d do anything you want, but groups have their own sense of community and what we can do.” – John Allen

Daniel was finishing up the final analysis of the Core Impact and Rapid 7 datastreams, confident that he was deep into the database. There were not the usual indications that anything odd had occurred, but he knew otherwise. He scanned the readouts on his monitor. NMAP scans had allowed him to identify an unusual port being used for data egress, so he had placed a sniffer on the outgoing data while he was performing his penetration. Over a six hour time period, he had managed to compromise 85% of the network at the bank that had contracted him to test their defenses. He obtained access to their key financial systems without too many problems, downloaded evidence for forensic analysis later, and left three small empty text files as evidence he had indeed been there. The files were fu_.txt, n00.tx and bs.txt and were 0 byte sized, with no identifying signatures.

Now, he was watching the data on a Wireshark network scan, as it collected the traffic across several vlans. He noticed certain packets were coded with a flag that usually indicated a high-level encryption string was being used, but the data was plain text. He surmised that someone else had either misconfigured the AES appliances, or that he was seeing evidence of a man-in-the-middle attack that was pretty sloppy, by his standards.

He began to shut down his laptop, which he had named “Lucille”. He had enough to earn his paycheck, and was about to disconnect when he saw something that made him do a double take. A notice had popped up on his screen, and it said: “You are trespassing. Prepare for interdiction. You were warned.”

Daniel grabbed his laptop, and snatched the USB drive from the server he had been using. Because he had not entered the proper key strings in a CMD shell, a pre-loaded script began erasing the contents of both the USB stick, and the server hard disks. The program had been written by him for a particularly delicate piece of business about three months prior. He had tested it to his satisfaction, but it was only the second time he had needed to actually use it.

Daniel ran out of the building, pushing Lucille into his backpack and quickly donning it. He ran two blocks, zig-zagged through a parking garage, and found his bike. Donning his helmet, he jumped onto the Buell 1125CR that he had purchased from another hacker. He enjoyed its power and controllable ergonomics and the fact that it was all black further added to the coolness factor in his mind. He pushed the starter button, twisted the throttle and accelerated out of the Denny’s parking lot three blocks from the bank, in a totally different direction than when he had left.

He ran through his escape route, and altered course on Brickell Avenue enough to pass between two semi-tractor trailers that were surprised into honking at him, but by then he was up to 150mph on I-95, headed northbound.  At a loading ramp at MIA, on the tarmac, next to several large 747 Atlas Air cargo planes, was a sleek black jet. He drove up the ramp, squealing to a stop inside the jet and killed the motor. Hydraulic clamps extended and tied down the Buell, and he jumped off. He took off his helmet and hung the backpack onto a wall bracket as he passed by it. He snagged Lucille and went forward.

The ramp was already closing behind him automatically, and the engines on the jet were spooling up.

He slid into the pilot’s seat in the cockpit, put on his headset, spoke to Ground Control on 121.8 for taxi instructions to Runway 08.

Suddenly, his attention was attracted by the noise of small blips coming from his console. Lucille’s monitor changed to show a series of small screens, each with blinking red and yellow alerts.

An alarm bell went off, indicating a missile lock, and his headphones reverberated with a voice:

“Mr. Anderson. You are to divert to Guantanamo Air Base, immediately. We are locked onto your aircraft and will not hesitate to fire. Begin maneuvers now.”

Jennifer Harding was reviewing their itinerary again when David walked back from the rest room. They had been looking forward to this vacation cruise for quite some time, and Jennifer had been concerned that David’s work might interfere with their planned recreation.

Although he was anxious to see the latest telemetry from the Mars rovers, Harding looked forward to some time off.  He knew that there was not much use in worrying about The Wave on an emotional level. His intellectual curiosity was piqued, but there was no way to ascertain the outcome of The Wave impacting Earth.

Oddly, with The Wave due to impact Earth in less than a week, he had been asked by his boss if he was still going to go on the scheduled cruise. Although Harding was very interested in what the data would show, he was convinced that the Jupiter telemetry meant only that there was a possible atmospheric anomaly that was not truly a danger, since that planet’s atmosphere differed so greatly from that of Earth.

Harding mentally calculated that they would be in the middle of the Caribbean Sea when the impact of The Wave happened, but nothing in his experience set off any alarms in his mind. Earth was in its path, but he had resigned himself to the fact that there was really nothing he could do about that.

Dr. Tatania Golovonov’s eyes were focused on the huge dish of the radio telescope suspended above her. She had been ordered to travel to a Russian research facility that was shared with an international task force.

Her clearance had also been expanded to include Soviet military intelligence operations, where she used Celestial mechanics to plot MIRV re-entry trajectories.

Now, as she drove to the base, she idly wondered about her brother, Anton, who was a Major in the Russian Air Force, based in the Saratov Oblast. She knew he was a pilot of one of the fastest and most dangerous bombers in history, the Tu-160 Blackjack, and she worried about him from time to time. Mostly, it was an almost matronly concern, but occasionally she would get flashes of emotion that oddly coincided to times when he would be in the most perilous of situations.

Pulling into the base perimeter, Tatania had been ordered stop to one side of the guard house as her papers were examined. She was there to assist in preparations for communicating with satellites in geosynchronous orbits, using military protocols for encrypted transmission to Russian submarine assets. Some of the communications were obviously being used for command and control of nuclear missiles.

They asked for and received her papers, then handed them back to her. She was directed to the rear of the room, where an airlock was opened. She met her coordinator, Major Dr. Ilyich Markov. Markov greeted her, and after some exchange of pleasantries, and yet another inspection of her orders, they set to work.

For the next several days, Tatania went diligently about her work, but she was concerned about the current situation surrounding the deployment of some particular military assets, especially in light of the recent discoveries regarding The Wave. She knew The Wave was on its way, and she had seen some of the data surrounding the Jupiter event.  The Wave might be only another cosmic phenomenon that would pass by, a brief visitor from the outer reaches of infinite space.

At least, that is what she hoped. She busied herself, and tried to ignore the small voice in her head that wanted to hear David Harding’s voice again.

Get the entire Edition HERE!