Terminal Reset – The Coming of The Wave – Chapters 11 and 12

Now that The Wave has encountered Earth, the global changes are creating havoc. The Wave has affected every living creature on the planet. Dr. David Harding and his wife are in the Caribbean, dealing with the ramifications of everything in their lives being RESET. What will Harding do in the aftermath of The Wave? The President contacts the Russian leadership to try to stop the nuclear attacks on the United States, but the Russians have their own problems.How many millions of people will die when their cities are destroyed by nuclear armageddon? Dr. Tatania Golovonov has traveled from the secret Russian laboratory to the Arecibo Radio Telescope. Will she manage to find other survivors? In New Mexico, one man knows much of what has transpired on the Red Planet, but the US Military has him incarcerated. Will he escape – again – and get the truth out? And, in Maine, The General is putting together a plan to form a world-altering regime, that will challenge the traditional structures of government, and may lead to him uncovering the secrets of the Ark Fleet. PLUS: There is a THINGS TO COME Bonus at the very end of the Episode! The excitement continues! Stay tuned! A.E. Williams 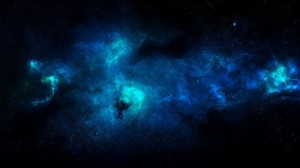